There is a certain buzz that comes along with doing music videos. You get to meet and work with some great artists, directors, stylists and the like. The creativity of a concept that grows from an idea to a mood board to being captured on moving film is fantastic to be a part of.

I am humbled to introduce another music video that I did Make-up and Hair styling for and also male grooming. Breathe is the new hotly anticipated single by Yomi featuring the gorgeous Allegra Hart (@AllegraHart). Directed by The Sinatra Bros and Co. it is infectious and a bubbler. Nails in the video by my seriously talented friend and nail genius Catherine Taylor (@catnails) a celebrity nail tech, educator and all round lovely lady.

Hair: Bumble and Bumble, L’oreal, Paul Mitchell. Allegra used her own hair tongs for the curls.

Here are some behind the scenes pics- it was a really fun shoot! 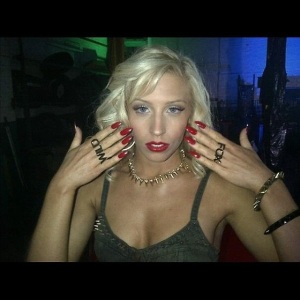 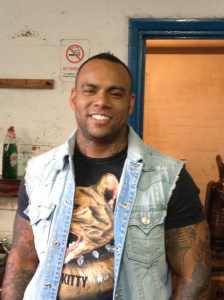 Finally a link to the video. Hope you enjoy watching it. Let me know what you think!

Don’t forget you can keep up with my antics on Twitter and Instagram (@thebeautyholder). You can also see some of the other music videos I have been involved in there too.